We learned many things at this year’s FetishCon in Tampa, some surprising, some not so surprising. I’m not even going to get into some of the stranger stuff we came across. All I can say is we now have lots of new goodies to try.

We also learned a lot about or own Magic Money Shot. Perhaps one of the most surprising things we learned is how many girls and boys don’t like the taste of vanilla. Some absolutely hated it. “I’d rather swallow the real thing than even get a whiff of vanilla,” one girl said. “It just makes me gag, I don’t know why.” 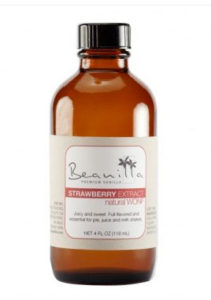 We had no idea that vanilla was so unpopular. After all, it’s called “The finest of the flavors” for a reason. Or so we’d assumed. Anyway, after the third or fourth person asked if we had “Any other flavors?” we started asking what flavors they would prefer to see.

In short, there were lots of suggestions from water melon to mango but since we can’t make them all, we came back to the office to think. And after some research, we eventually decided to go with strawberry. It’s the most widely available sugar free flavor and although if you ask me, strawberry is the “vanilla” of all the other flavors, we will see what reaction we get. I have to admit, it actually smells pretty good and should be available by the end of the year. As for the vanilla, consider it retired!